Robbinsville (population 620) and Graham County is located in the western tip of North Carolina. If you are wanting to escape the crowds, head to this "wild" west where the Nantahala National Forest covers 68% of the entire county! So you'll find pristine rivers and lakes, old growth trees and plenty of nature-inspired things to do. With only 8,000 residents of the entire county, you'll be treated to a slower pace. It's about 95 miles from the city of Asheville. Next door is the Great Smoky Mountains National Park.

Cruise three of the best motorcycle and sportscar touring roads in America. The Dragon (US 129) is the most challenging with 318 curves in 11 miles. The 50 mile-long Cherohala Skyway is gentler but offers mile-high views. Moonshiner 28 skirts Cheoah and Fontana Lakes and named for the many moonshiners that drove it. The Indian Lakes Scenic Byway also follows NC 28 by Fontana Lake and continues on US 129 by Lake Santeetlah.

The Graham County Visitor Center is located on US Highway 129 (387 Rodney Orr Bypass) and staffed with volunteers on Monday-Friday, 9-5. You can also call them with questions at 828-479-3790. Stock up in town on snacks, food and gear for your explorations. 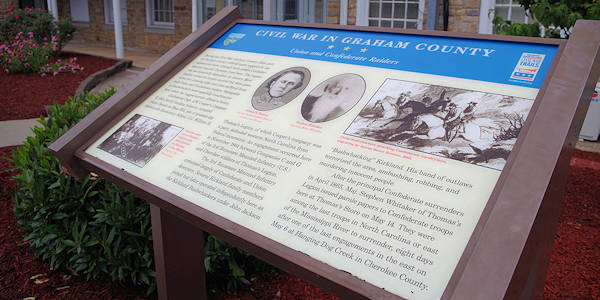 Robbinsville's tiny downtown is centered around the courthouse. Our favorite place to eat is Lynn's Place, a longtime diner (237 East Main). While you are at the courthouse, see the historical marker on East Main Street to learn about the last surrender of the Civil War east of the Mississippi. Since the area was so remote in 1865, news of the war's end was slow to reach the troops here.

While it's small, Robbinsville has had some moments on the big screen. The courthouse was used as a film location of the movie Nell with Jodie Foster and Liam Neesom. Segments of the motion picture The Fugitive starring Harrison Ford and Tommy Lee Jones were filmed at nearby Cheoah Dam (including Harrison jumping off the dam). More recently, the Avett Brothers album honors the town with the title "Four Thieves Gone: The Robbinsville Sessions."

Robbinsville's biggest celebration of the year is the annual 4th of July Heritage Festival. Another big draw is the Ramp Fest scheduled for the last week of April. In Stecoah, don't miss the Harvest Festival each fall. 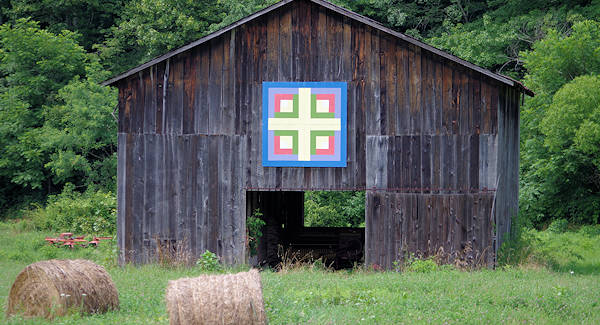 Art
Find some amazing artists tucked away throughout the county. Many have studios open on a regular basis. Twice a year, the Drive About weekends feature about 15 studios and galleries on a self-guided tour. The headquarters for local art in the county is Stecoah Artisans Gallery. Near Robbinsville, visit Hunting Boy Wood Carving, Wehrloom Honey, Sassafras Farms and Taylor's Greenhouse. To plan your own art tour, go to a directory of local artist studios. 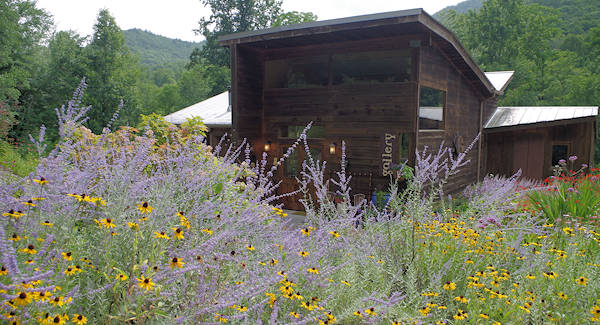 Trail of Tears
While Robbinsville became a town in 1883, the Cherokee Indians date back to the early 1500s. Native resident Great Chief Junaluska was the leader of the Snowbird Clan of the Cherokee. He was given honor as the man who fought alongside President Andrew Jackson at the battle of Horseshoe Bend. Learn more about him and the Trail of Tears at his grave at the Junaluska Memorial Site (1 Junaluska Drive). Read more about sites along the NC Trail of Tears.

Forest Ranger Office
Since the Cheoah Ranger District of the Nantahala National Forest covers 120,500 acres in Graham and Swain Counties, you may need some guidance of where to get started. Among the 300+ miles of hiking trails are some strenuous sections of the Appalachian Trail. Stop by the Cheoah Ranger District office at 1070 Massey Branch Road (or call 828-479-6431), open Monday through Friday from 8 AM-4:30 PM. A handicap accessible fishing pier is nearby.

Camping
Find a camper's paradise with a variety of options:

Graham County Things to Do

Yellow Creek Falls
Hike just a third of a mile to reach this 50-ft. waterfall in the Nantahala National Forest near Robbinsville and Lake Santeetlah. It's a great summer swimming hole, too!
Read & see more! Save to Trip

Cherohala Skyway
It took 34 years to build North Carolina's most expensive highway, winding up and over 5,400-foot mountains for 15 miles, from Robbinsville through the Nantahala National Forest and descending another 21 miles into the Cherokee National Forest of Tennessee. This 36-mile National Scenic Byway shows little evidence of civilization. Stop at many overlooks.
Read and see more! Save to Trip

Indian Lakes Scenic Byway
This 60-mile drive takes you by Fontana and Santeetlah Lakes in far western North Carolina, through the historic communities of Stecoah and Robbinsville, in rural Graham and Swain counties.
Read & see more! Save to Trip

The Dragon
Perhaps the most famous motorcycle drive in the East, drive 318 curves in 11 miles. Located about 90 miles from Asheville, the Tail of the Dragon crosses Deals Gap at the Tennessee/North Carolina state line on U.S. 129.
Read and see more! Save to Trip

Stecoah Valley Cultural Arts Center ​
Tucked away in small village near Fontana Lake and Nantahala River is an amazing gallery that showcases the work of 180+ area artists and hosts a great summer concert series. Many artist studios nearby.
Read & see more! Save to Trip

Lake Santeetlah
This gorgeous lake in Graham County is mostly surrounded by the Nantahala National Forest. Swim, boat, camp and fish in the pristine waters, near Robbinsville.
Read & see more! Save to Trip

Fontana Lake & Dam
Located in the Great Smoky Mountains, enjoy fishing, boating, camping and swimming in this beautiful lake. Drive or walk across the highest dam east of the Rockies and stop by the Visitor Center to learn more about it.
Read & see more! Save to Trip
Want to list your business on this page?Contact us

Arts & Crafts Drive-About Tour
Take a free self-guided driving tour of the galleries and working studios of Graham and Swain Counties and buy arts and crafts directly from the artist. Pick up a map at the Stecoah Valley Cultural Arts Center near Fontana Lake and Robbinsville. 10 AM-5 PM.
Read & see more! Save to Trip
Tier 2

Arts & Crafts Drive-About Tour
Take a free self-guided driving tour of the galleries and working studios of Graham and Swain Counties and buy arts and crafts directly from the artist. Pick up a map at the Stecoah Valley Cultural Arts Center near Fontana Lake. 10 AM-5 PM.
Read & see more! Save to Trip
My Trip Planner
Also See
Check this out! 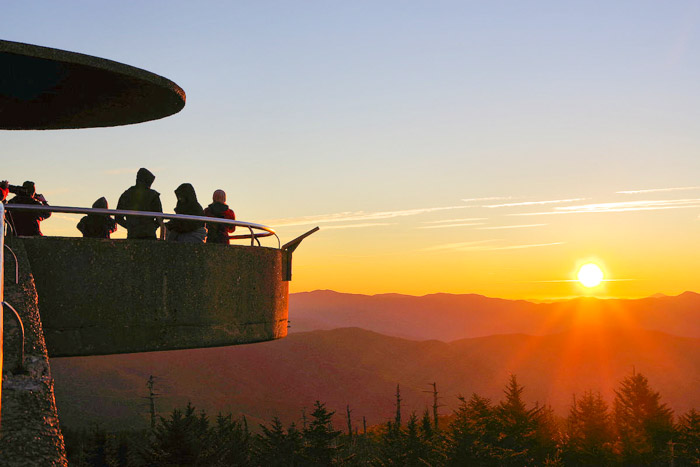 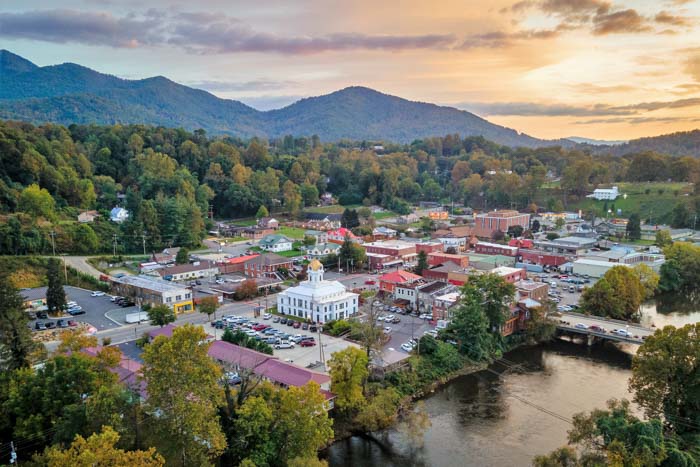 Bryson City, NC
Spend a fabulous day or two in Bryson City and the Great Smokies with waterfalls, hiking, rafting, food, and shopping. Since this jewel of small town America offers so much to do, it's one of our top... read more 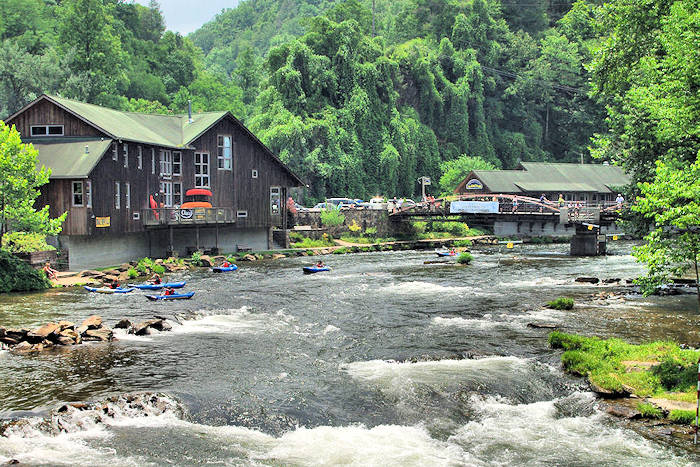