Our favorite hike along the Cherohala Skyway National Scenic Byway in North Carolina is Huckleberry Knob, a bald mountain with a summit of grass and wildflowers. At 5,560 feet, it's the highest peak in the Unicoi Mountains and Graham County, near Robbinsville. It's an easy 2.5-mile roundtrip hike in the Nantahala National Forest with only a 400-foot elevation gain along a former forest service road.

See 360-degree views from the top with various trails atop the summit. Bring a picnic and dine amidst the wildflowers and butterflies. You may burst into the "Hills are Alive" song from the Sound of Music. 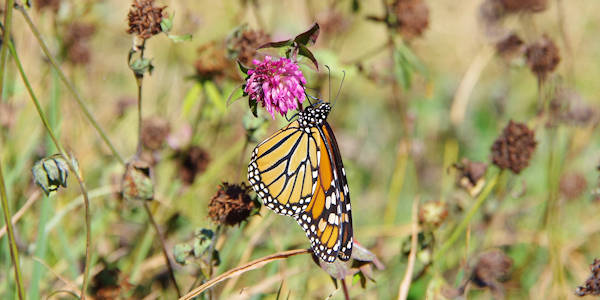 These highland meadows are important for wildlife, including many birds such as the bobwhite quail, rufous-sided towhees and indigo buntings. In late September and early October, see the Monarch Butterflies as they migrate. 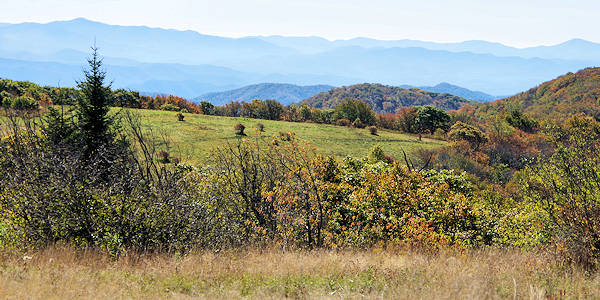 Begin your hike near Mile Marker 8 on the Cherohala Skyway. Driving from the North Carolina side, look for a small parking area on the right. There's an information board by the parking area. The first part of the hike is slightly uphill until you reach Oak Knob (pic above), another bald with more panoramic views. 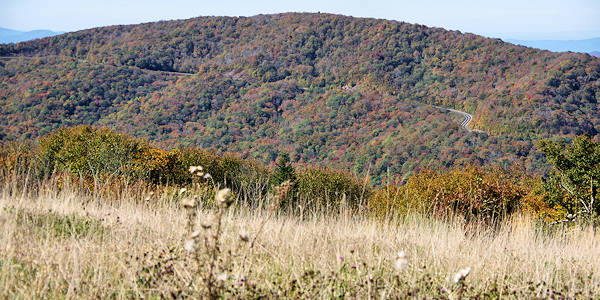 Then descend a little and go back into the forest for a short uphill section to Huckleberry. Above is a view of the Skyway from the summit. 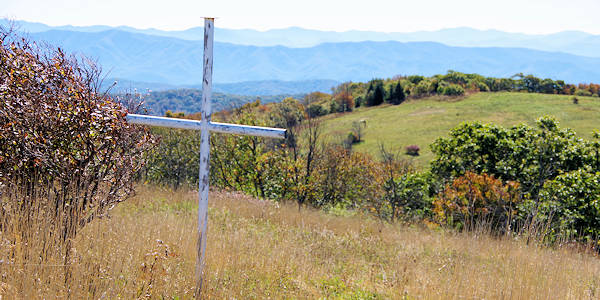 Near the top, you'll see a cross and grave for Andy Sherman who died on the mountain with Paul O'Neil amidst snow and fog in the winter of 1899. Their bodies were found by a hunter nine months later. Several jugs of whiskey were found nearby, so the jury found that the men froze to death while lost and intoxicated. O'Neil's skeleton was given to a doctor for a medical exhibit. 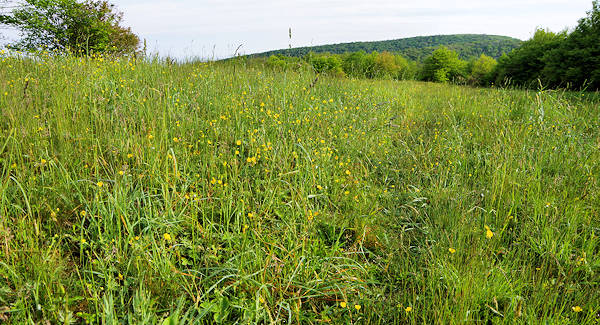 Hooper Bald
Another even easier hike nearby is Hooper Bald at 5,429 feet, about one mile roundtrip (pic above). Continue down the Skyway about a mile to the Hooper Bald parking area. Each summer, the summit blooms with wild and native azaleas - including new plantings of flame azalea varieties. A great spot for birding too!

See our Cherohala Skyway Guide for more things to do and see along this scenic drive. Also, see other things to do in Graham County.

Directions from Asheville
It's about a 110-mile drive from Asheville, but most of it is a four-lane expressway. Take I-40 West to exit 27. Then follow US 74 past Bryson City (near the whitewater rafting area along the Nantahala River). Turn right onto NC 28 North, then turn left onto NC 143 near Stecoah. In Robbinsville, follow signs for NC 143 W / Cherohala Skyway.

Quick Video from atop Huckleberry Knob 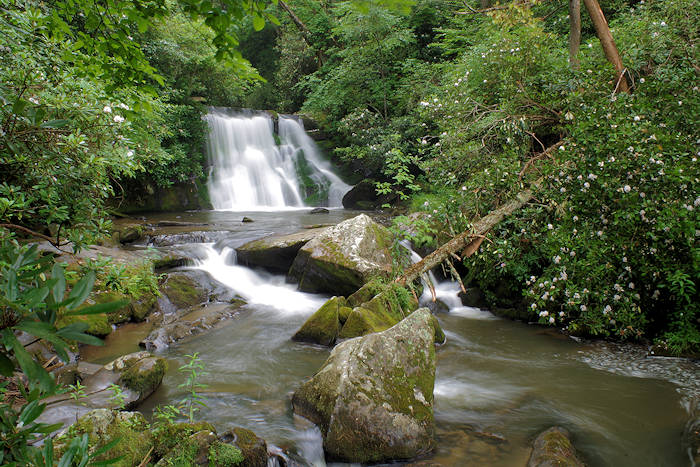 Yellow Creek Falls
This gorgeous setting in the Nantahala National Forest is a short walk from the highway near Robbinsville and... read more 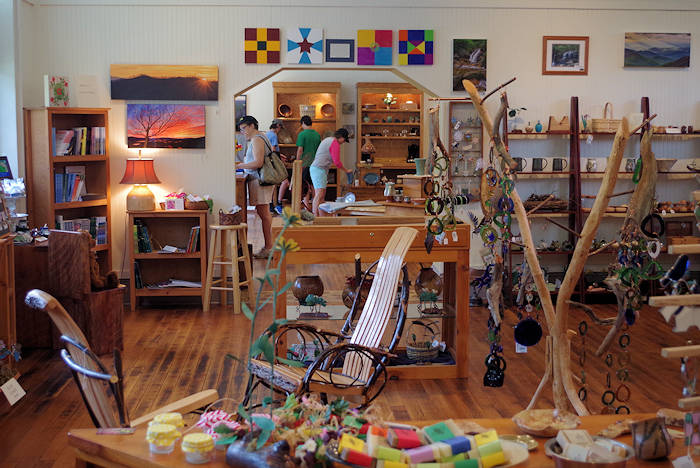 Stecoah Valley Cultural Arts Center
In the tiny community of Stecoah (near Robbinsville), is a surprising jewel offering amazing art, craft and entertainment that you normally find in much larger towns.... read more 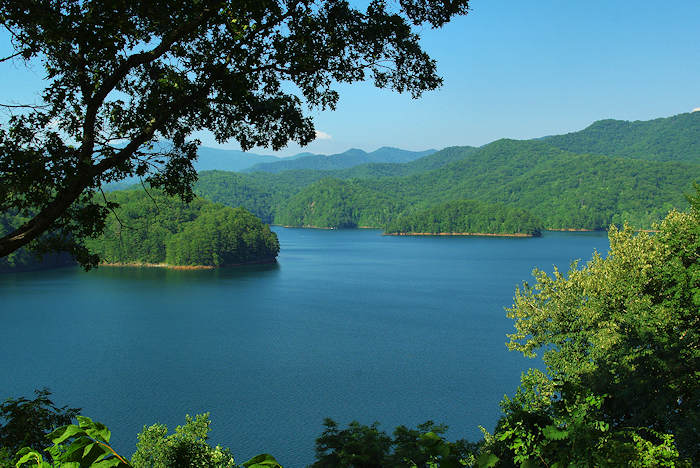