Banner Elk, NC Things to Do
Skip to main content

Banner Elk is a quaint mountain village between the Beech Mountain and Sugar Mountain ski areas (our top North Carolina Ski Town). It's home to Lees-McRae College, a beautiful historic campus at the highest elevation of any college east of the Mississippi (3,700 ft.). Nearby is Grandfather Mountain and the popular Mile High Swinging Bridge. 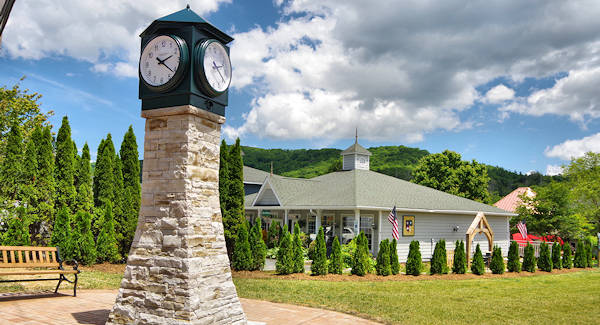 While the town is only home to about 1,000 residents, it's a hub for the area and offers a nice selection of shopping and impressive line-up of great restaurants within a few blocks of the town clock tower.

Woolly Worm Festival: Banner Elk's biggest event of the year celebrates the coming of the snow season with a Woolly Worm Festival on the third weekend of October. A contest determines which one worm will have the honor of predicting the severity of the coming winter. Enjoy a big selection of arts and crafts, food and live music. Read more. 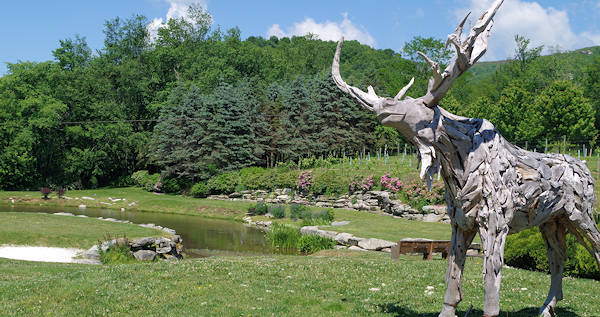 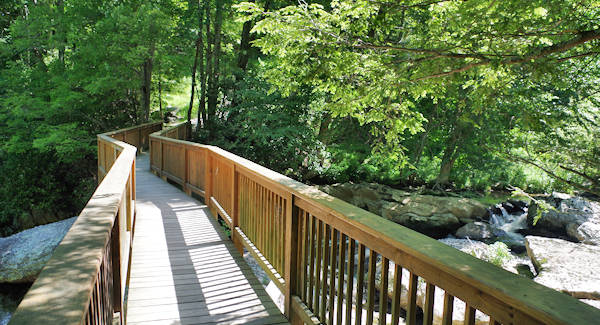 Greenway: A fun way to explore Banner Elk is via the 1-mile greenway that begins near Flat Top Brewing Company and goes through Tate-Evans Park and pass Mill Pond on the college campus. 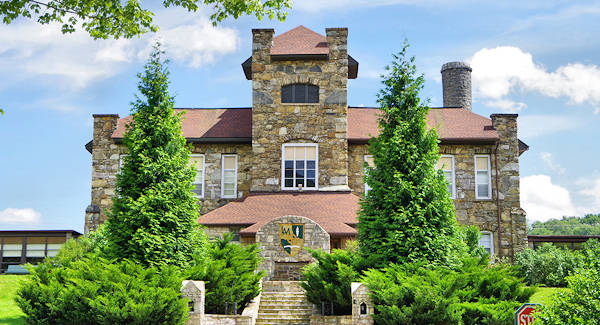 Lees-McRae College: Named for two women who founded it in 1907, Lees-McRae College is home to 700 undergrads. Visitors are welcome to explore the beautiful campus with historic buildings built of native stone. At the May Wildlife Rehabilitation Center (367 Mill Pond Road, 828-898-2568), learn about the area's wildlife with tours on Saturdays at 1 PM (plus Thursdays and Fridays in the summer). Or, stop by anytime to check out their rescued birds outside. It's a great place for performing arts with the Lees-McRae Summer Theatre, weekly summer FORUM series and other annual performances and concerts. 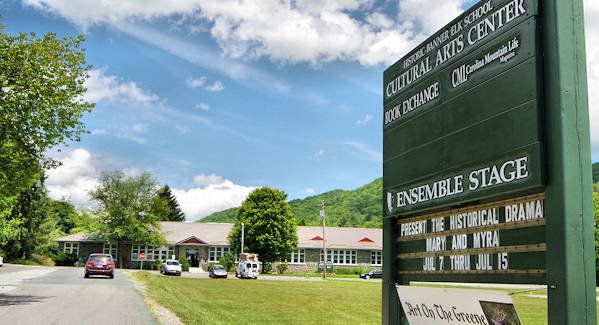 Location: The scenic Blue Ridge Parkway is 12 miles from Banner Elk, near Linn Cove Viaduct and Grandfather Mountain. Banner Elk is about 75 miles north of Asheville.

Places to Stay & Things to Do

Banner Elk Lodging
Stay high in the Blue Ridge Mountains in a variety of vacation rentals, log cabins, condos, mountaintop homes and hotels. Near ski resorts, Grandfather Mountain and endless outdoor adventures.
Go to their website. Add to My Favorites

Wildcat Lake
This popular summer swimming hole in Banner Elk includes a white sandy beach, swimming pier and fishing dock. The adjacent Tufts Memorial Park has a bath house and picnic tables. Owned by the Grandfather Home for Children. No admission fee, but they appreciate donations.
Read & see more! Add to My Favorites

Banner Elk Ski Town
The cool small town high in the Blue Ridge Mountains is basecamp for winter fun on the slopes, adjacent to two of the largest ski resorts in the South - Sugar & Beech Mountains. Near Hawksnest Tubing. Restaurants, breweries and places to stay.
Read & see more! Add to My Favorites

Grandfather Mountain
Discover nature on a different level on this rugged mountain, with endless vistas, great hiking and wildlife habitats. Walk across the famous swinging bridge. Located 75 miles north of Asheville on the Blue Ridge Parkway.
Read & see more! Add to My Favorites

Banner Elk Restaurants
This small town high in the mountains has become a culinary hot spot. Whether you’re looking for an upscale meal for a special occasion, a hearty sandwich after a day outdoors or a casual steak dinner, check out their locally-owned and innovative restaurants.
Go to their website. Add to My Favorites

Lees-McRae Summer Theatre
The college performing arts department combines with the community each summer to produce a top-notch series of theatrical productions on their campus in Banner Elk, ranging from classic Shakespeare to Broadway musicals. The series begins in late June and runs through early August.
Go to their website. Add to My Favorites

Apple Hill Alpaca Farm
Take a guided walking tour of this farm near Banner Elk with the alpacas, llamas, angora goats, guardian donkeys, dogs and other animals. Fiber from the angora goats is made into mohair and sold in the farm store, along with alpaca socks. Open year-round.
Read & see more! Add to My Favorites

Elk River Falls
Located near Beech Mountain and Banner Elk is a 50-ft. waterfall that cascades over a rock cliff into a picturesque oval pool. Just below the pool is a popular summer spot for swimming and sunning on the rocks. Formerly called Big Falls, it's in Pisgah National Forest and reached via a short walk.
Read & see more! Add to My Favorites

Art on the Greene
Find a big variety of 40 artists working with metal, glass, pottery, wood, jewelry and more in downtown Banner Elk. Many restaurants, shops and things to do nearby. Benefits their historic school renovation. 10 AM-5 PM. Free admission.
Go to their website. Add to My Favorites

Art on the Greene
Find a big variety of 40 artists working with metal, glass, pottery, wood, jewelry and more in downtown Banner Elk. Many restaurants, shops and things to do nearby. 10 AM-5 PM. Free admission.
Go to their website. Add to My Favorites

Art on the Greene
Buy art and support the restoration of the historic school in Banner Elk. Find a big variety of artists working with metal, glass, pottery, wood, jewelry and more. Many other things to do nearby. 10 AM-5 PM. Free admission.
Go to their website. Add to My Favorites

Small Town Christmas, Banner Elk
Many events during this weekend in our top ski town of Banner Elk. Tree lighting and variety show on Friday evening. Saturday highlights include a 5k, Alpaca Farm tours, Parade of Lights at 6 PM. Tate-Evans Park has train rides, luminaries and light shows. Take home a Christmas Tree from a farm.
Go to their website. Add to My Favorites 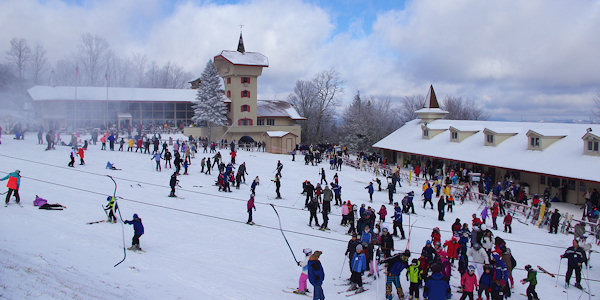 Beech Mountain
The highest town and ski resort in eastern America is just six miles away. While the Beech Mountain Ski Resort is the big draw in the winter, their mountain biking trails created by the town of Beech Mountain are getting national attention. Plus, in early fall each year is Autumn at Oz, the festive annual opening of the former Land of Oz theme park. Read more about the village of Beech Mountain. 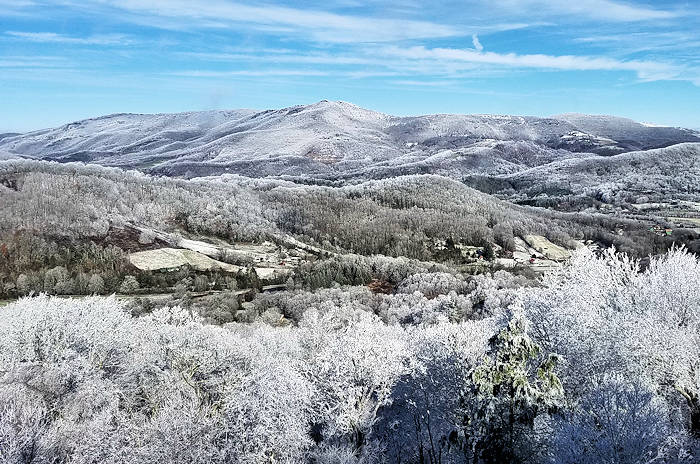 Banner Elk: North Carolina’s Ski Town
Situated between the two largest ski resorts for snow sports in the Southeast, Banner Elk is the top mountain town in North Carolina for a winter adventure getaway. A few miles north of town is... read more 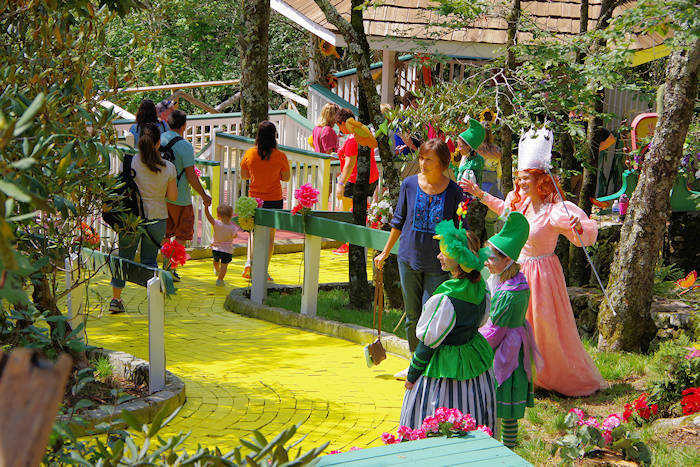 Land of Oz Openings, Beech Mountain
The former Land of Oz theme park that operated during the 1970s atop Beech Mountain reopens occasionally for us to follow the Yellow Brick Road to Emerald City to see... read more 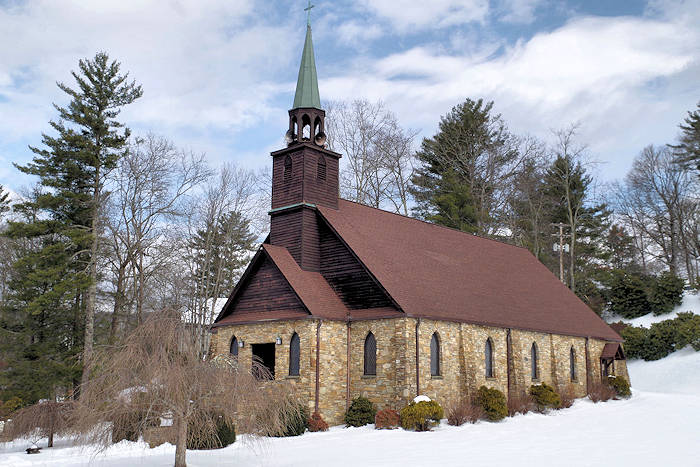 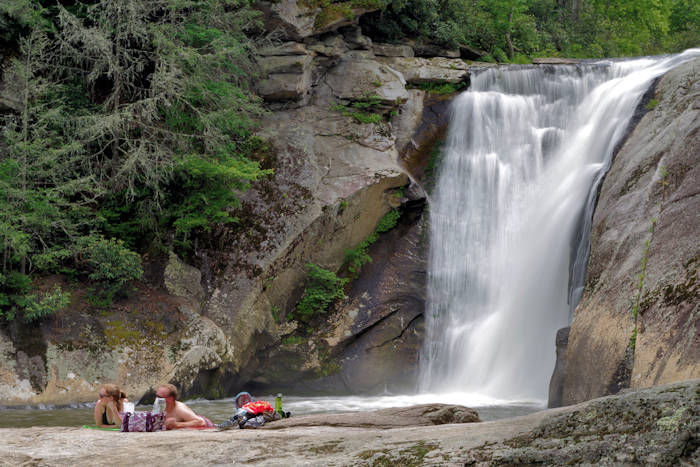 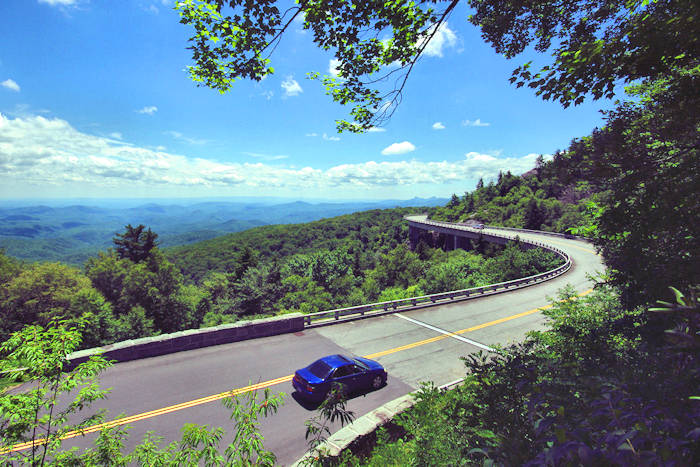