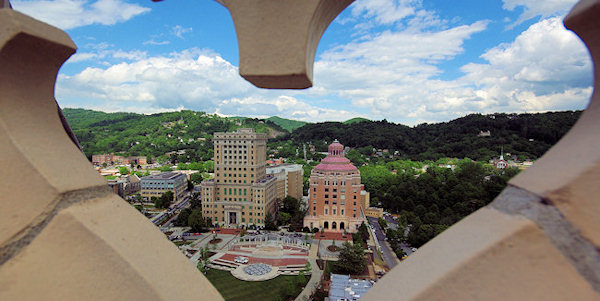 Real estate developer L. B. Jackson commissioned the Neo-Gothic style skyscraper--the first in western North Carolina--to promote his faith in the continued strength of the 1920s local real estate market. Fitted with a searchlight to draw tourists to the city, the Jackson Building has been a visual landmark since its completion.

The Jackson Building was constructed on an amazingly tiny 27 by 60 foot lot that many believed to be too small to build on. This steel-framed brick and terra-cotta structure is adorned with dramatic stone gargoyles near the top. In its early days, one of the buildings most unusual uses was as a "clean-air lookout". Many of Asheville's buildings were heated with coal, and every morning the city inspector stood at the top of the Jackson Building to watch for excessive smoke as building furnaces started up. If heavy smoke persisted for more than 5 minutes a citation to clean the furnace was issued.

Next door is another building by Greene, the eight-story Neo-Spanish Romanesque style building for prominent builder and businessman William H. Westall.

There are nearly as many styles of architecture throughout the streets of Asheville as there are buildings. No doubt, Asheville was dubbed the “Paris of the South” in the early 1900s for establishing itself as an artisan city with unique style and architectural talent. Asheville has developed through a history of migration to the mountains of Western North Carolina. The variety of Asheville's architectural styles celebrate its past and illustrate a lasting structural image of the community's diversity.

The 1920s marked even stronger growth of Asheville as an urban center of government, commerce and tourism in Western North Carolina. More than 65 buildings were erected in downtown Asheville during the 1920s, including the Jackson, Kress and Flat Iron buildings. The visual contrast between rural Buncombe County and urban Asheville grew sharper during this period, and is permanently symbolized by Douglas Ellington's 1928 Art Deco City Hall and the conservative Neoclassical County Courthouse built the same year. The Art Deco movement in Asheville continued well into the middle of the century with the Federal Courthouse, the Wick & Greene building (originally a gas station) as well as Douglas Ellington's other works, including the Asheville High School, First Baptist Church and the S&W Cafeteria.

The Depression of the late 1920s and early 1930s hit Asheville hard. Western North Carolina's largest bank, the Central Bank Trust Company, folded. Fortunes vanished, families lost their homes, and the city soon defaulted on its overwhelming debts. Rather than filing bankruptcy, the City of Asheville chose to pay off its debt, taking nearly 50 years to accomplish. Investment in new construction all but ceased. The absence of building activity in Asheville had the effect of preserving several buildings from the wrecking ball, enabling many to survive today.

For more on Downtown Asheville architecture, take the Urban Trail. 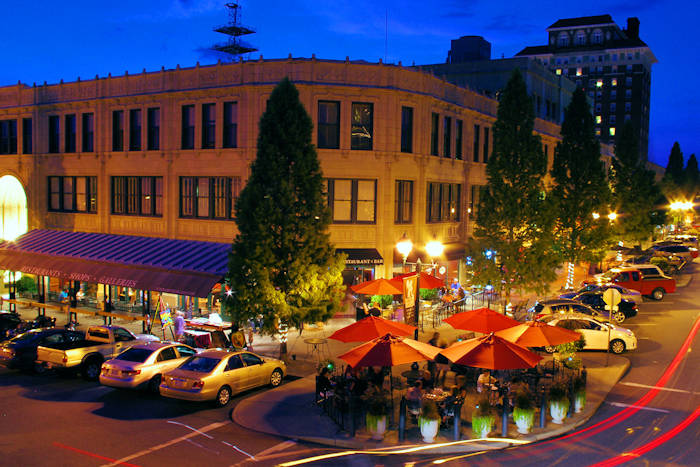 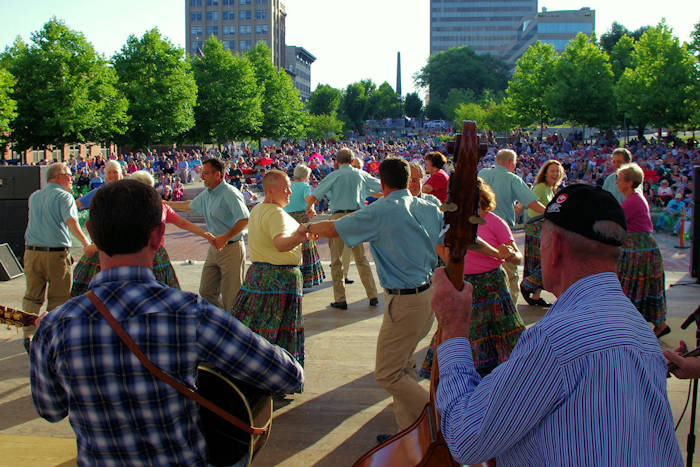 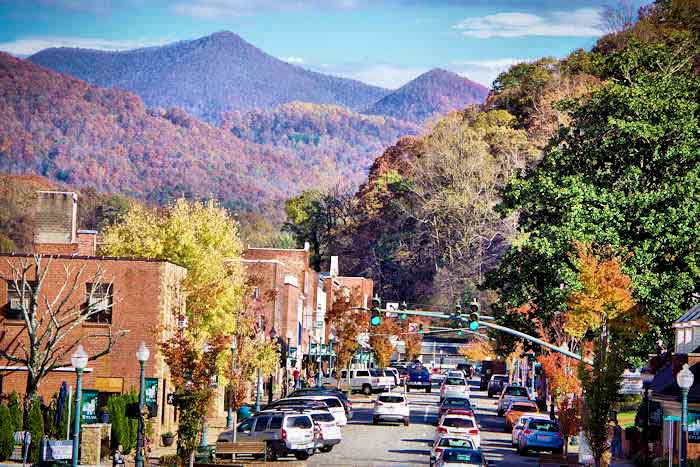