The Historic Grove Arcade on Battery Hill in downtown Asheville is a beautiful place to shop and eat! It's one of North Carolina's most historic buildings and features dozens of specialty shops, galleries and restaurants. Find local art, antiques, fine gifts and international cuisine at the Grove Arcade. Outside, the Portico Market features farmers and craftspeople selling their wares, including local crafts, honey, handmade soaps and much more. 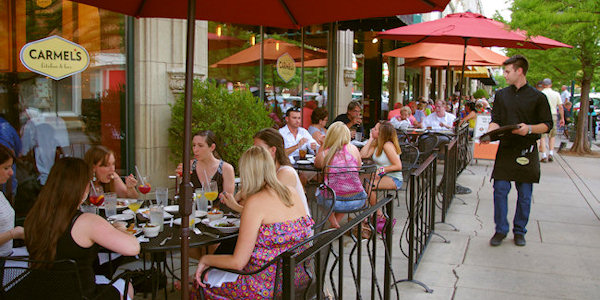 Most of the restaurants have outdoor sidewalk dining - a prime evening spot in downtown Asheville! The interior corridor features mostly shops and galleries, with offices on the second floor and apartments on the top three floors. Restaurants, as well as a variety of other shops and services, are located on the outside perimeter of the block-long building. 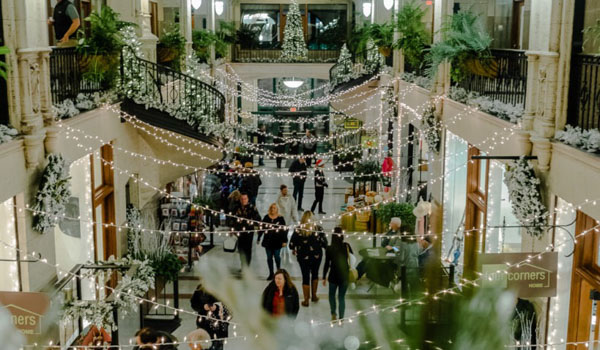 November 19, 2022 - January 2, 2023: Winter Wonderland
The Grove Arcade is extra festive during the holiday season! Have a safe and jolly visit, shopping from local artisans and retailers for one-of-a-kind gifts, enjoying holiday-themed beverages, dining specials, and more. Give back and donate to MANNA FoodBank- drop-off barrels will be in several locations throughout.

*Pets are not allowed inside the Grove Arcade.

Directions
Westbound on I-240: Take Exit 4C. At the red light at the end of the off-ramp, turn left onto Montford Ave. At the next red light (dead end), turn left onto Haywood St. At the first red light (O. Henry Ave.), turn right. The Grove Arcade will be one block on the left. Wall Street Parking Garage will be straight ahead of you, plus you will find street metered parking all around the building.

Eastbound on I-240: Take Exit 4C. Continue straight from the off-ramp onto O.Henry Ave. The Grove Arcade will be one block on the left. Wall Street Parking Garage will be straight ahead of you, plus you will find street metered parking all around the building. 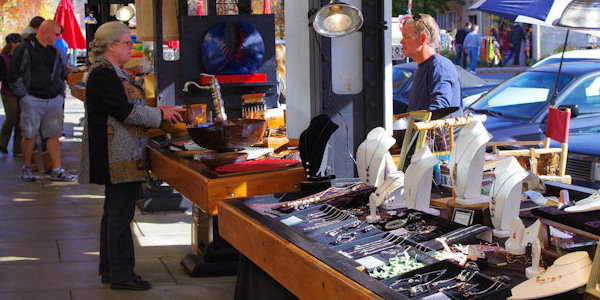 History of the Grove Arcade
The Grove Arcade was the grand dream of E.W. Grove, a self-made millionaire who moved to Asheville in 1910. By 1915, he had completed the Grove Park Inn and become involved in other civic projects. Grove understood that a successful city needed a vibrant downtown. In the early 1920s, he began plans to build an elegant new building to enliven the downtown of the city he had come to love. He conceived of the Arcade as "the most elegant building in America"—and as a new kind of retail center. Architect Charles N. Parker designed the Arcade, which was originally envisioned as a 5-story base with a 14-story tower, filled with shops, offices and living spaces.

Dr. Grove died in 1927, two years before the building was completed. Only the base was built, yet at 269,000 sq. ft., it was by far the largest building in the region. When the Arcade opened in 1929, it quickly became home to a fine collection of local shops and services. Tenants included candy and cigar stores, a haberdashery, a public stenography office, fruit stands, millinery shops, beauty parlors and barbershops, a photography center, bookstalls and specialty groceries. Offices filled the upper floors. For 13 years, the Arcade was the center of commercial and civic life in Western North Carolina.

The Arcade was closed when the Federal Government took over the building as part of the effort to win World War II. Officials chose the building because it was large and located in a safe, remote place—important considerations in the war effort. Following the war, the Arcade continued under Federal ownership and eventually became the headquarters for the National Climatic Data Center. Public support began to grow for a plan to return the Arcade to its original use. In 1997, the City of Asheville acquired title to the building under the National Monument Act and signed a 198-year lease with the Foundation.

Winter Wonderland, Grove Arcade
The Grove Arcade is extra festive during the holiday season! Have a safe and jolly visit, shopping from local artisans and retailers for one-of-a-kind gifts, enjoying holiday-themed beverages, dining specials, and more.
Read & see more! Save to Trip
My Trip Planner
Also See
Check this out! 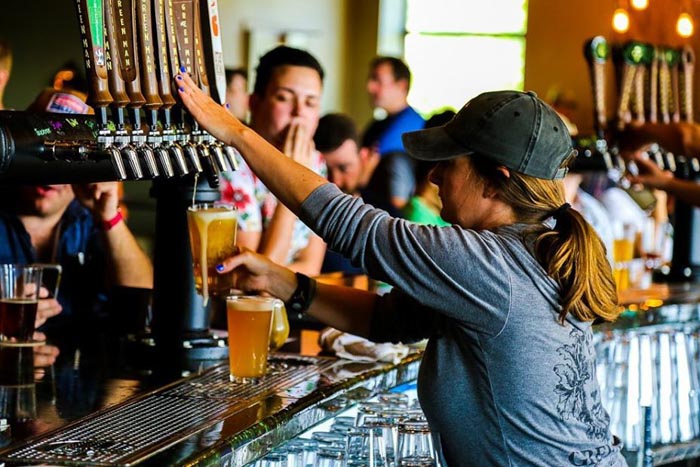 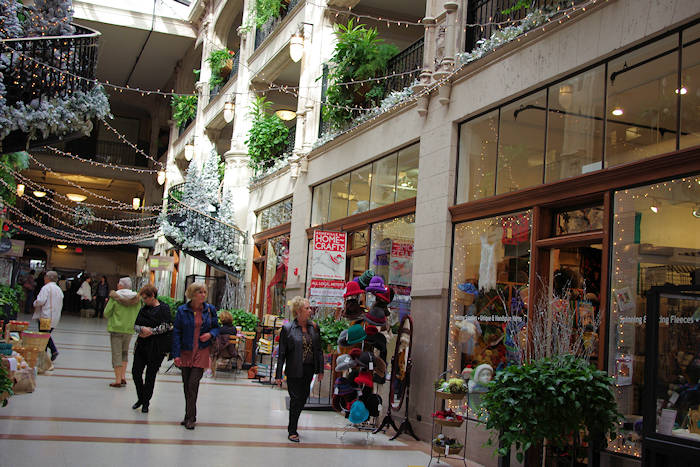 Where to Shop in Asheville?
The Asheville shopping scene is diverse, ranging from shopping malls with national chain stores to quaint downtowns throughout western North Carolina.Downtown Asheville... read more 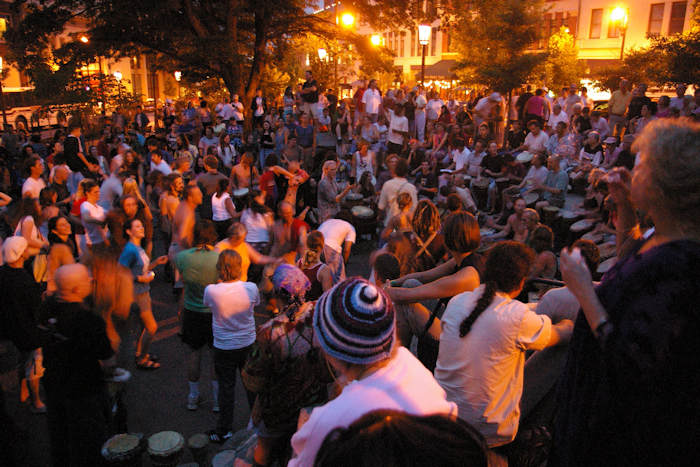 Drum Circle, Asheville Downtown
Don't miss the drum circle, a favorite Asheville tradition for both locals and visitors. Anyone can participate by drumming, dancing or watching. Stop by the Asheville Drum Circle every Friday night... read more 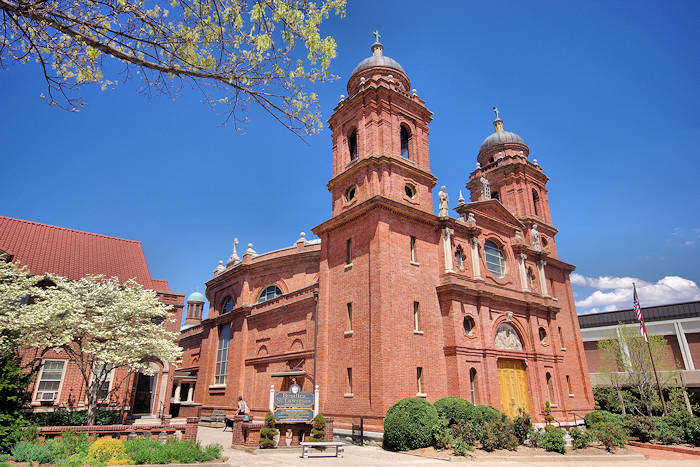