This area a little south of downtown is undergoing a big transformation from a sleepy industrial and warehouse district to a vibrant home of restaurants, breweries, shops and apartments. South Slope's district is roughly bounded by Asheland, Biltmore, Southside and Hilliard Avenues. You'll find many of the newest spots along Coxe, Banks and Buxton Avenues (see map below).

Many are calling this the "Brewery District" since there are 8 breweries located in the area. Biltmore Estate is just a couple of miles away. Since the South Slope is in a major transformation, expect construction and don't expect pristine streetscapes complete with fully restored buildings (yet).

Parking is a challenge, especially on weekends. But there is an 8-story county parking deck at 40 Coxe Avenue with 664 spots- great for after 5 PM M-F and all weekend. Enter from Sears Alley.

Here are the top places to visit in the South Slope:

Stop at Vortex Doughnuts for hand-made yeast and cake doughnuts throughout the morning with fresh, high-quality ingredients and topped with creative glazes, toppings, and fillings. They source many ingredients locally and responsibly (check their board for the current local, seasonal ingredients). They are open 7 AM until 5 PM daily. 32 Banks Avenue.

Also at 32 Banks Avenue, Catawba Brewing sports a seven-barrel system, a bottling line, two bars, and a courtyard. They have 24 taps at the front bar and another six at the back bar. They are open every day (pic at top of page).

Asheville’s Burial Beer Co. at 40 Collier, has a ten-barrel system and taproom for up to 200 guests, plus an outdoor deck and beer garden.

Nearby Wicked Weed Brewery has its Funkatorium barrel and sour brewery at 147 Coxe Avenue. They have an old-world Belgian-style tasting room plus seating outdoors. Read more about them. Inside the Funkatorium is Cultura, a restaurant that showcases a collaborative dinner series from regional chefs each month. You must buy tickets for each series ahead of time.

Across the street, Twin Leaf Brewing at 144 Coxe Avenue features a dozen beers made in their ten-barrel brewing system.

Green Man Brewery at 27 Buxton Avenue is one of North Carolina’s oldest breweries. They produce iconic ales, loyal to traditional English styles, with an evolution of innovative flavors. Their three-story building has a store, a tasting room overlooking the production floor and an outdoor beer garden with views of the mountains. 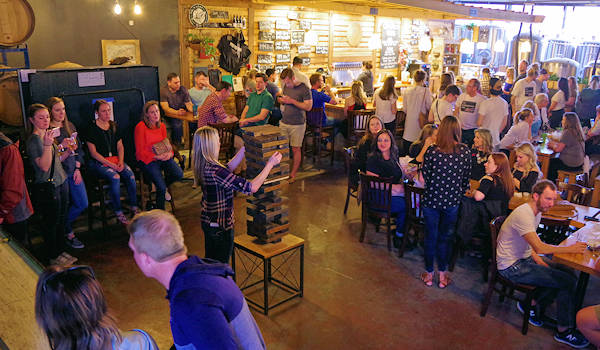 Asheville Brewing at 77 Coxe Avenue has a big and popular outdoor covered patio. Enjoy pub food and their famous pizza, along with fresh brews. Play a game of giant Jenga or a round of cornhole.

Ben's Tune-Up at 195 Hilliard Avenue is an American sake brewery and "Ameriental" restaurant with an urban beer garden.

Bhramari Brewing at 101 South Lexington Avenue is a gastro pub with beers that focus on "whimsy, complexity & balance" - a block behind the Orange Peel. Dog-friendly patio, great Sunday brunch. 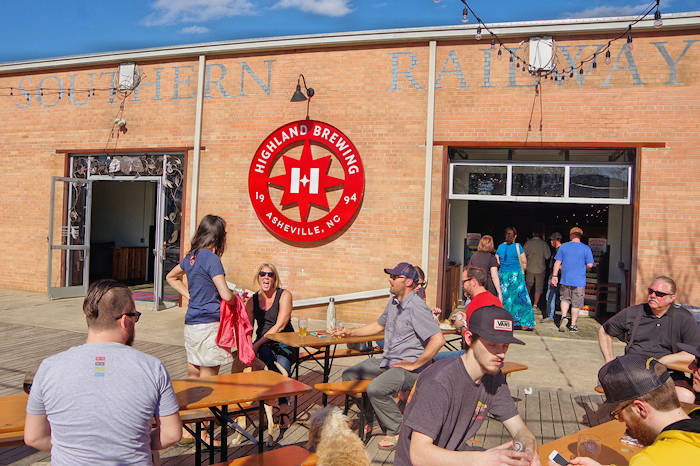 Highland Brewing, Asheville
For an up-close look at and taste of Asheville beer making, head to Highland Brewing Company, one of the South's oldest and largest craft brewers. They are our favorite brewery to visit since they... read more 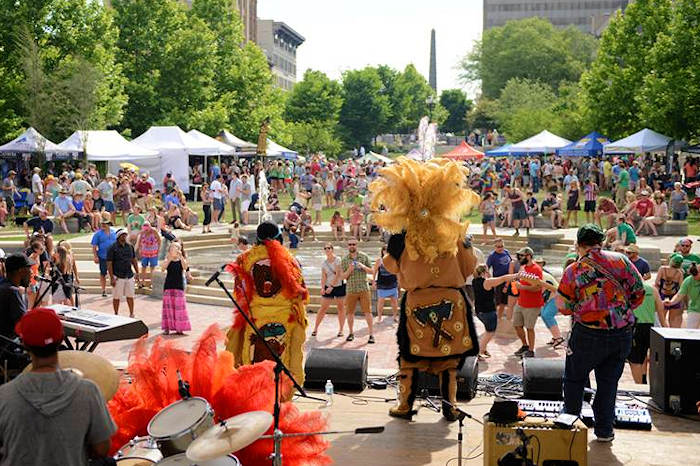 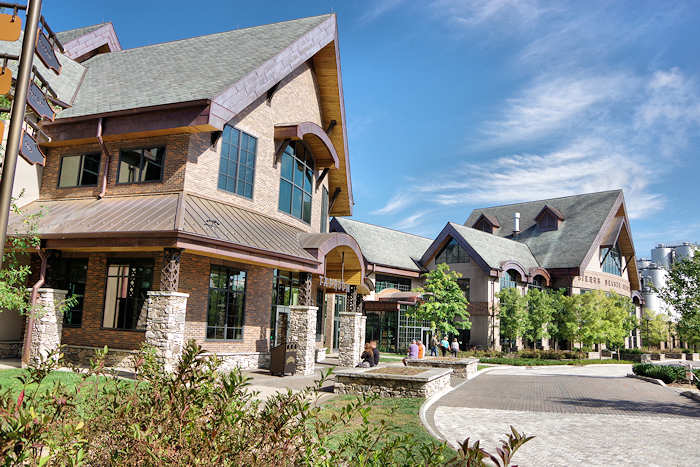