Called the "redwood of the east," eastern hemlocks (Tsuga canadensis) can grow more than 150 feet tall on trunks measuring six feet in diameter. Some hemlocks in the park are over 500 years old. Over 800 acres of old-growth hemlock trees grow in the Smokies—more than in any other national park. Younger hemlock forests cover an additional 90,000 acres of land in the park. Originally discovered here in 2002, adelgid infestations have now spread throughout the park’s hemlock forests. In some areas infested trees have already begun to die.

Since its arrival in the U.S. in the 1920s the hemlock woolly adelgid has rapidly colonized parts of New England and the Mid-Atlantic States, where it feeds on eastern hemlock. In the south, it also feeds on Carolina hemlock. The insect is easily dispersed by birds and wind but travels most rapidly as a hitchhiker on infested horticultural material.

The hemlock woolly adelgid has infested hemlocks on the Blue Ridge Parkway for about 10 years and in Shenandoah National Park since the late 1980s. In these areas as many as 80 percent of the hemlocks have died due to infestation.

Hemlocks play an important role by providing deep shade along creeks, maintaining cool micro-climates critical to survival of trout and other cold water species. The impact of widespread loss of hemlock could trigger changes more significant as those that followed the demise of the American Chestnut in the 1930s and 40s.

What to Look For
The hemlock woolly adelgid (Adelges tsugae) is an aphid-like insect that covers itself with a white, waxy “wool” which acts as a protective coating for the insect. Adelgid infestations are easily recognizable by the appearance of tiny “cotton balls” at the base of hemlock needles. The "wool" is most conspicuous on the undersides of branches from fall through spring.

The hemlock woolly adelgid feeds on the sap at the base of hemlock needles, disrupting nutrient flow and causing the needles to change from deep green to a grayish green, then fall off. Without needles the tree starves to death, usually within three to five years of the initial attack. Infestations often start in large, mature hemlocks, but the insect also attacks and kills younger trees as well.

What is the National Park Doing?
Three different types of treatments are used to kill adelgids on hemlock trees:

Foliar Treatments: Hemlocks in developed areas and backcountry sites accessible by road are treated with insecticidal soap or horticultural oils. Sprayed from truck-mounted spray units, these sprays smother and dry-out the adelgids on contact. The equipment can spray up to 80 feet into the canopy of large roadside trees and can efficiently treat areas of smaller trees. However this method kills only the insects that are present on the tree at the time of application and requires retreatment every six months to one year.

Systemic Treatments: Hemlocks that are growing near campsites or are too tall to be sprayed are treated with a systemic insecticide (imidacloprid) either by soil drenching or by injecting the insecticide directly into the trunk. Soil drenching involves temporarily removing the duff—a layer of organic matter—from around the base of the tree then pouring a mixture of imidacloprid and water on the bare ground around the tree within a foot of the trunk. The duff layer is then replaced. The results of insecticidal treatments have been dramatic. Trees with ashen gray foliage prior to treatment recover their color and produce new growth. Treatments may remain effective for up to three years.

Predator Beetles: The park began releasing predatory beetles, which feed exclusively on adelgids, as a biocontrol in 2002. It will take several years before populations of beetles increase enough to control adelgid infestations. Although it is too early to assess the overall success of this biocontrol, preliminary monitoring results are encouraging. 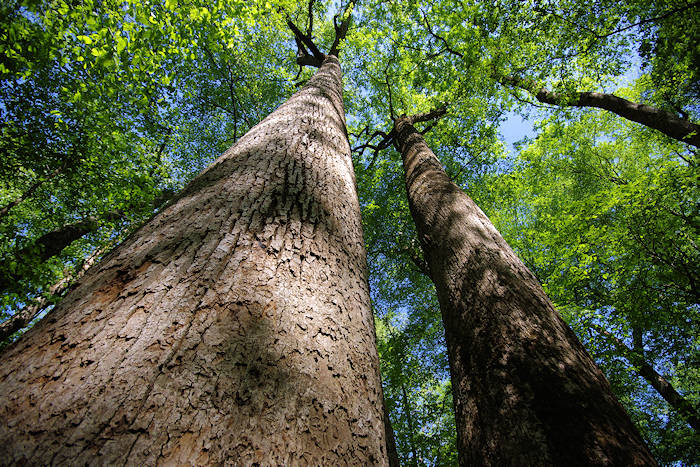 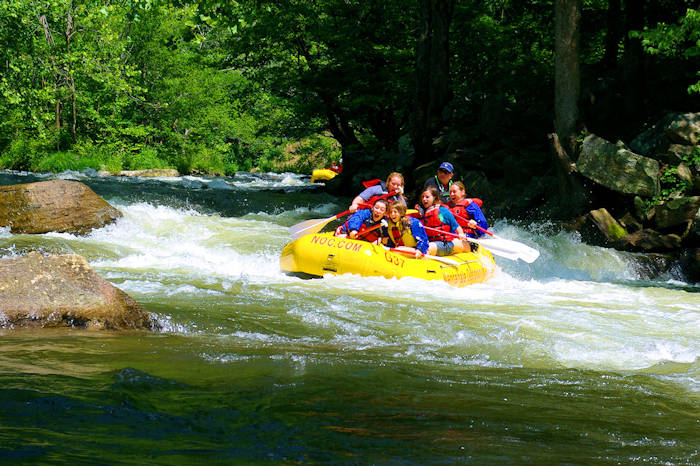 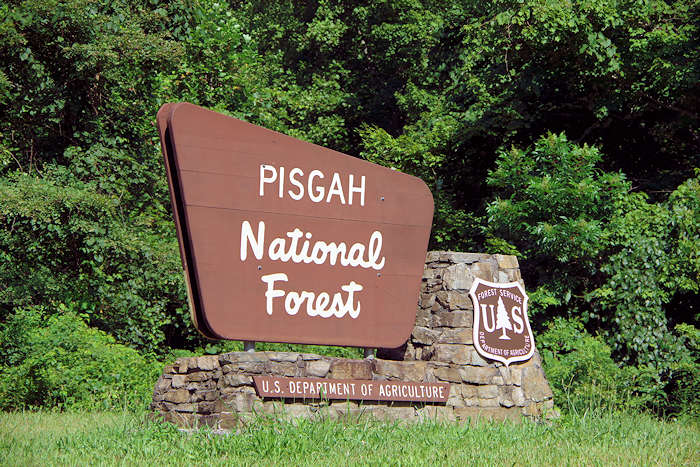